Do people gamble for living or live for gambling? And what exactly drives a gambler? Is it the pleasure of hitting a big jackpot or the gambling process itself? 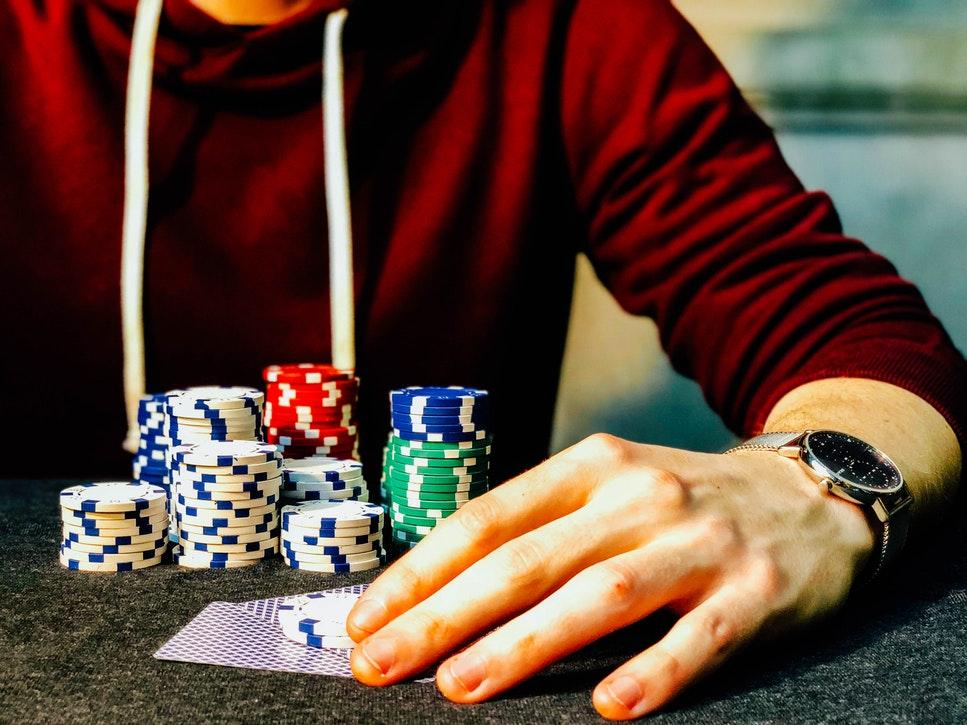 Did you know that people have enjoyed gambling for thousands of years? Let’s dive into history! You’ll be surprised at how often noblemen enjoyed this kind of entertainment!

For instance, ancient Greeks indulged in gambling. They called rolling two sixes “the throw of Aphrodite,” which indicated victory in the game, just like today. Moreover, poker games originate from the Minoan civilization that existed more than 3,500 years ago. Is there any secret force that makes people go crazy and try their fortune?

Why is Gambling so Magnetic?

If you ask people why they love gambling so much, you will get totally different answers. For some, it is an exciting experience where they can win money. For others, it is an opportunity to socialize or give rein to their passions.

As you can see, the causes behind finding fun in playing or betting are complex and varied. Here are the main reasons why gambling might be so magnetic.

Many people can’t do without a race track where they meet their friends and express their feelings unguardedly. Such gambling locations help them to socialize.

Isn’t it cool to have an argument with your friend about which horse to bet on, and then to watch the racing together? Well, let’s face the truth here – lack of communication and suppressed feelings force people to start gambling.

Some people, especially men, find their regular jobs too boring and need an adrenaline rush to manifest their masculine nature. They get really excited when they watch a horse or car race.

Men adore playing games in which they invest a significant amount of money. The proximity to victory gives them an unforgettable thrill.

– Too Much Stress in Real Life

Mollie Shull, a mother and a hotel worker who is keen on video poker, says, “The thing people never understand is that I’m not playing to win, but to stay in that machine zone where nothing else matters.” Mollie’s greatest desire is to immerse herself in the gambling process completely.

There is an escapist tendency that makes people get addicted to gambling. They find sanctuary in a casino as it helps them overcome stress.

First of all, gambling is great entertainment, which might evoke passion in any human being. Isn’t it fun to test your chances to get back the money you’ve just lost?

However, gambling addiction is not as common as you might think. Most gamblers are able to stop, cut their losses, and leave before the problematic point is reached.

Moreover, casual gamblers can enjoy the process for a long time without forming any dangerous habits.

However, not all people are immune to gambling. There is a risk group, and its representatives are inclined to get addicted. Their neurochemical and psychological reactions can be absolutely different from those of a healthy gambler.

Are you one of those people? It’s time to find out!

If we look deeper into the causes of gambling addiction, we’ll make a surprising discovery. 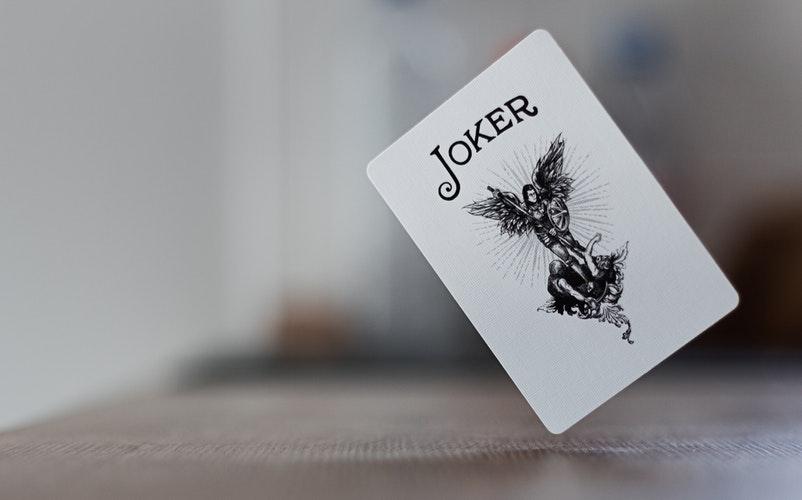 In fact, there is a particular chemical in our brain involved in forming such an addiction. It is called dopamine, and it’s responsible for the rush of pleasure which we feel when we succeed in something.

Earning money is one of the activities stimulating dopamine production. This is why most gamblers feel so “rewarded!” When they suddenly hit a big jackpot, they experience a crazy rush of dopamine!

However, this chemical is also produced when a person is close to victory. And this is the main addiction factor!

Did you know that there is no actual difference between winning and losing for addicted machine gamblers? They are inclined towards a “loss chase” making recurrent attempts to earn back the money they’ve just lost?

Such people always think that they are only one step away from victory. Even if there are obviously more misses than wins, these people get a huge hit of dopamine because they believe that the win is so close!

As a result, many lives and families are ruined, and the debts get growing. “Gambling can turn into a dangerous two-way street when you least expect it. Weird things happen suddenly, and your life can go all to pieces,” Hunter S. Thompson once said.

Why are Some People Likely to Become Addicts?

Some scholars claim that susceptibility to gambling addiction might be genetic. For instance, you should beware of gambling in case one of your parents was addicted to it.

Some people suggest that susceptibility to gambling addiction may occur due to structural differences between reward circuits in the brain. Some illnesses, such as Parkinson’s disease, cause a dramatic decrease in dopamine production. Since the brain no longer processes enough dopamine, people tend to get addicted to gambling in order to make up for a deficiency in this chemical.

In 2006, studies were conducted to explore the connection between the effects of dopamine and susceptibility to gambling addiction. 400 patients with Parkinson’s disease were studied by Dr. Valerie Voon, a researcher with the National Institute of Neurological Disorders and Stroke in Bethesda, Maryland. 16% of patients suffered from various kinds of addiction, such as hypersexuality and excessive shopping. As for gambling, it was NUMBER ONE on their addictions list!

What Do a CEO and a Gambler Have in Common?

Did you know that the positive traits of a true leader make a strong addict?

Risk-taking behavior, craving for achievements and success, obsession, dedication, seeking for innovations are not only the signs of leadership. They can make you an addict! Why so?

An interesting research has been conducted by David Linden, Ph.D., a neuroscience professor at Johns Hopkins School of Medicine and author of The Compass of Pleasure: How Our Brains Make Fatty Foods, Orgasm, Exercise, Marijuana, Generosity, Vodka, Learning, and Gambling Feel So Good. He found out that that the pleasure which comes from a successful deal has the same origin as the feeling of “nearly winning” in gambling.

Risky or completely new business ventures make our brain produce a bigger dose of dopamine, so a CEO experiences an enjoyable feeling of being “rewarded.”

CEOs who have more sociopathic and psychopathic tendencies are very likely to get addicted to such kind of “business gambling.” Their features of character, common among the high-powered achievers, somehow predispose the constant pursuit of dopamine. Most experts agree that it is just in their nature. They also say that their behavior is quite predictable and can be explained in psychological, molecular, and neurological terms.

“The general idea is counterintuitive,” says Linden. “When you wonder what would make someone an addict, you might think, ‘if a person gets above-average pleasure from smoking or gambling, then they’d do it more.’ This is completely reasonable. But it’s completely, explicitly, 180 degrees wrong! The genetic variations that predispose a person to become an addict seem to be mutations that dampen the dopamine system.” What is the outcome of such mutations? “A normal person can go to the tavern and have a couple of drinks for an effect, but my friend who has an addiction risk needs ten to get to the same place.”

Thus, we can reach the conclusion that people who are inclined towards addiction do not get more pleasure from gambling or using drugs, or hypersexuality, or excessive shopping. In fact, they actually derive less satisfaction than ordinary people! “My strong, strong suspicion is that what makes some people more likely to rise to the top is the same thing that makes them more likely to become addicts,” Linden says.

But is it only genetics that triggers the risk? No. There are also 60% of other causes, such as, for instance, psychological abuse in childhood.

Constance Scharff, PhD, found a correlation between the high level of achievement in adults and stress or emotional trauma that they experienced long ago.

“What makes someone achieve at that level – I mean the top executives – is often stress or trauma that happened early on. There’s something, usually an early experience, that fuels that kind of drive, and often it’s the same thing that drives addiction. The vast majority didn’t have some sort of basic needs met as children, so they’re driven very, very hard to succeed. But the pain that goes with that is also what they’re self-medicating for.”

Linden agrees with Constance Scharff and says, “If you’re abused and neglected as a child, you’re more likely to become an addict… What this all points to is the stress hormones – when you get these in the brain early in life, it produces changes in brain circuitry, especially in the reward system.”

At first, a child feels a strong desire to be accepted and praised. If it is not satisfied, a grown-up is at a higher risk of developing an addiction. Such an adult will be also likely to try hard to achieve even higher levels of success being never satisfied with the results.

Is Gambling Your Pleasure or Addiction?

If gambling is more about the experience of playing rather than winning, then you might belong to a risk group! 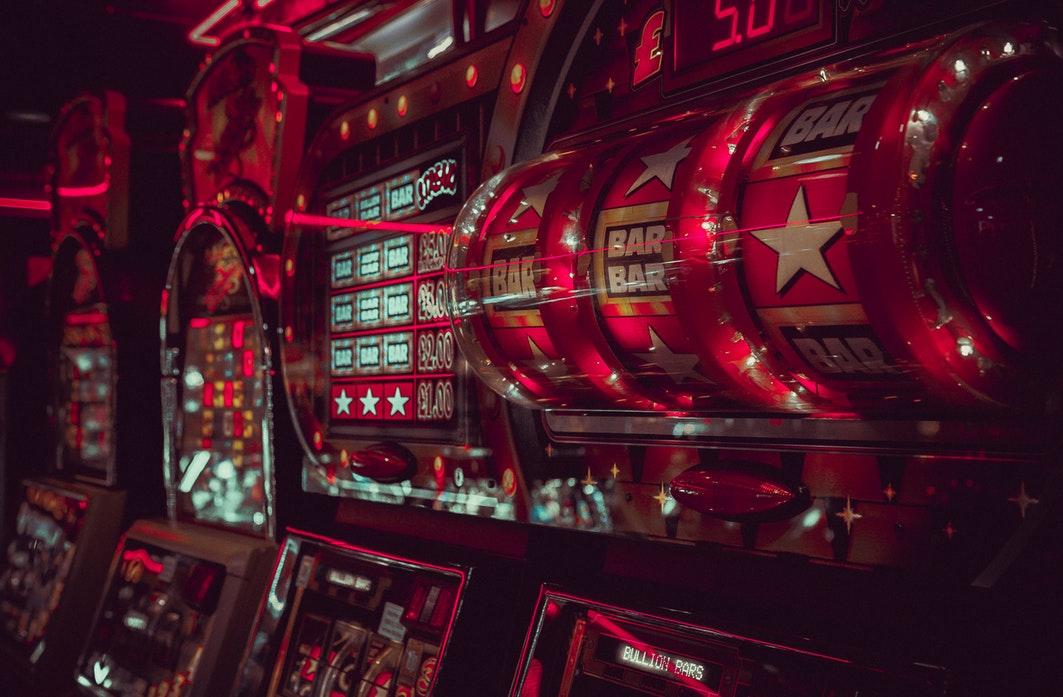 “I could say that for me, the machine is a lover, a friend, a date, but really it’s none of those things; it’s a vacuum cleaner that sucks the life out of me, and sucks me out of life,” one person said to Natasha Schull, an associate professor in MIT’s Program in Science, Technology, and Society (STS) who studied the lives of gamblers in Las Vegas. She was especially interested in compulsive machine gamblers who prefer playing at electronic slot-machine terminals alone.

In contrast to people who choose social games like poker, played in the company of good friends, machine gamblers are looking for complete isolation and escaping from objective reality with its hardships and problems.

Schull says, “There was no single person who tried to tell me, ‘I have a system, I have it figured out.’ These were jaded, savvy, aware people. They were not sitting there expecting to win.” 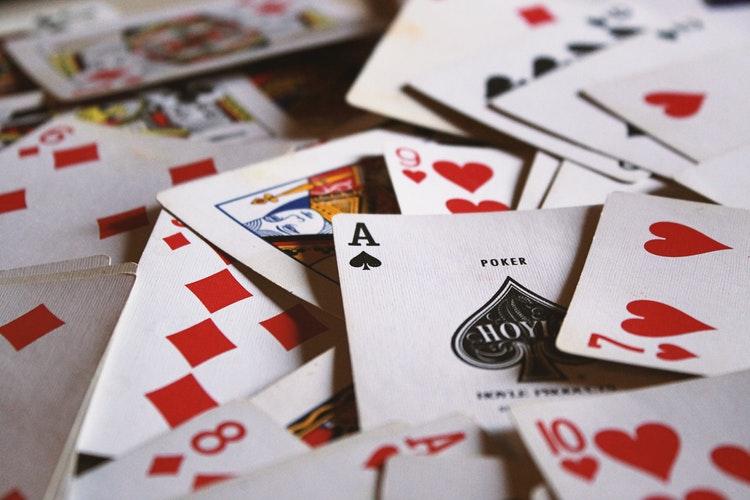 As you can see, it is still a lack of dopamine in people’s brains that makes them indulge in “disordered gambling” (a term offered by the American Psychiatric Association to describe gambling addiction). Schull admits that it is far from an impulsive purchase in a shop once in a while, and then coming back home.

It is a continuous process that involves a constant waste of time, money and the person’s power. People entirely lose the sense of reality in such kind of all-consuming gambling.

Is it time to panic and discover the signs of a gambling disorder in yourself or the members of your family? Do not hurry to diagnose all the people who like playing in online casinos or use gambling machines! If a person does not have a dopamine deficiency, there is no need to worry.

Do you tend to “loss-chase” and feel enormous satisfaction when the win is “almost there?”

If not, then there is no risk in gambling for you as well!